I Most International Banks

In 2017, we selected 64 banks with a relatively comprehensive overseas data (total assets of approximately $53 trillion, about 65% of global GDP) to conduct BII rankings, which shows the internationalization level of each bank.

Note: Citigroup's data of 2017 is missing, but its previous years' data is relatively complete. In this table, a reasonable prediction of its BII value is made.

Note: All bank overseas asset data is converted into US dollars at the exchange rate of the bank's balance sheet date, and then the offshore asset scale is ranked. Citigroup's data in 2017 is missing, but its data in previous years is relatively complete. In this table, a reasonable forecast for the scale of its overseas assets is made.

We use the bank's overseas revenue scale to represent the operating results of overseas banks, and we have the highest-revenue-bank ranking.

Note: All bank external revenue data is converted into US dollars at the exchange rate of the bank's balance sheet date, and then the overseas revenue scale is ranked.

We use the BII values of 106 banks for nearly a decade to describe the international development of the global banking industry. Among them, 42 banks are from 15 developed countries, and 64 developing country banks, from 23 countries.

Note: This chart is based on 106 banks, and some banks BII are default values in individual years. 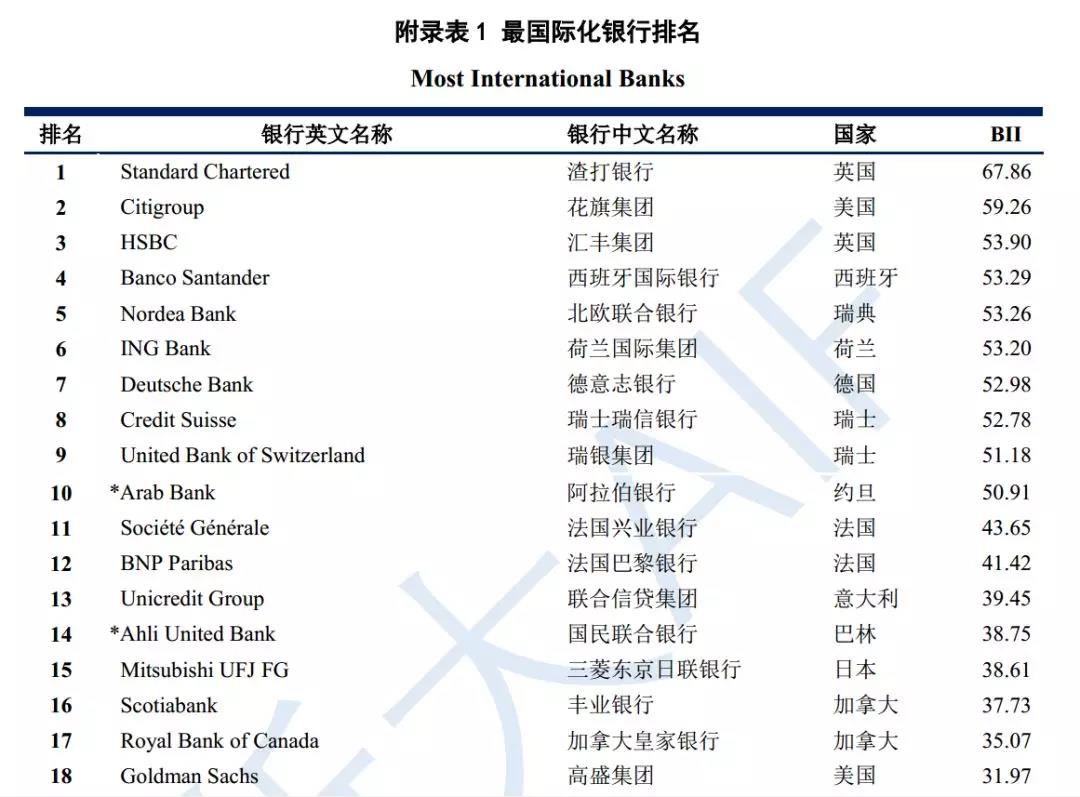 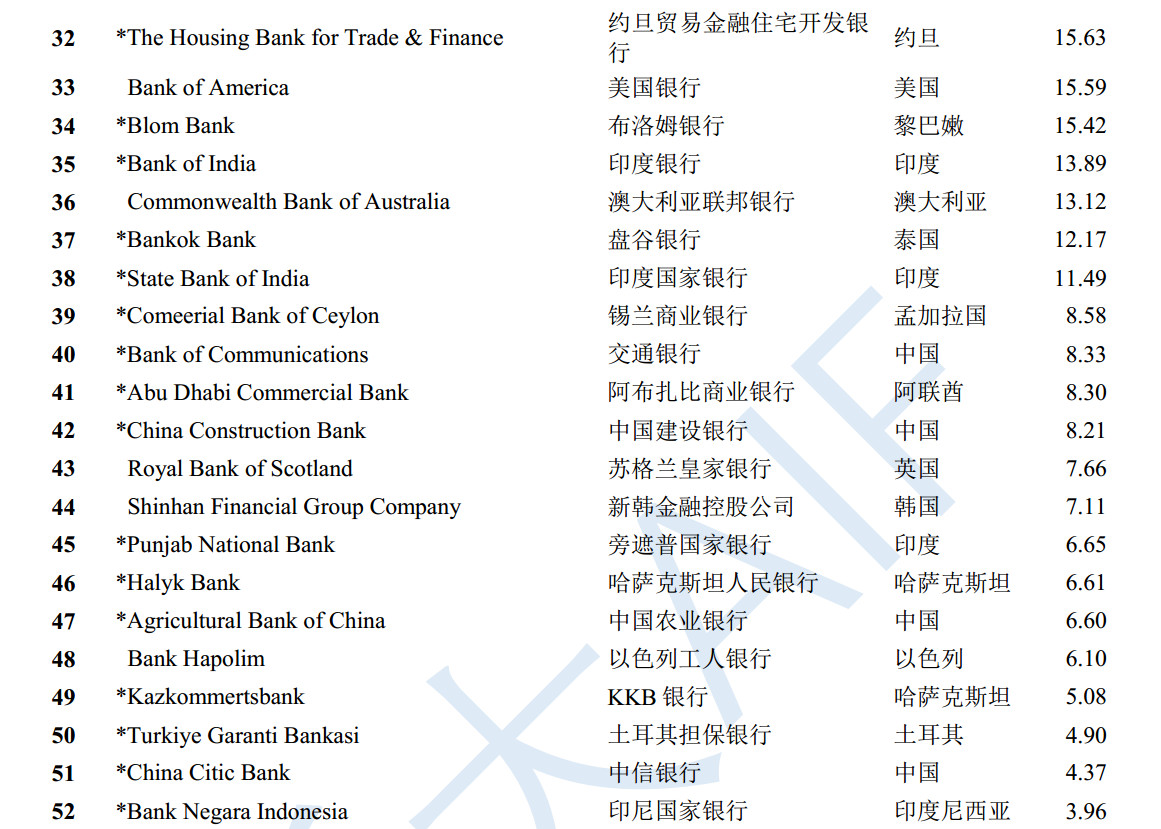 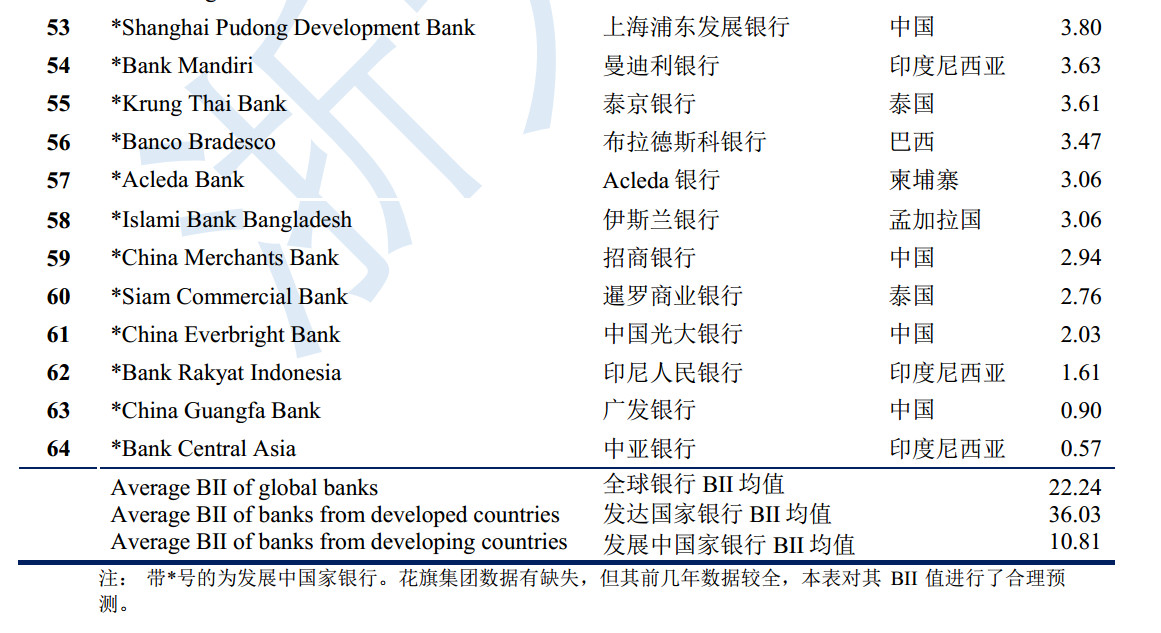 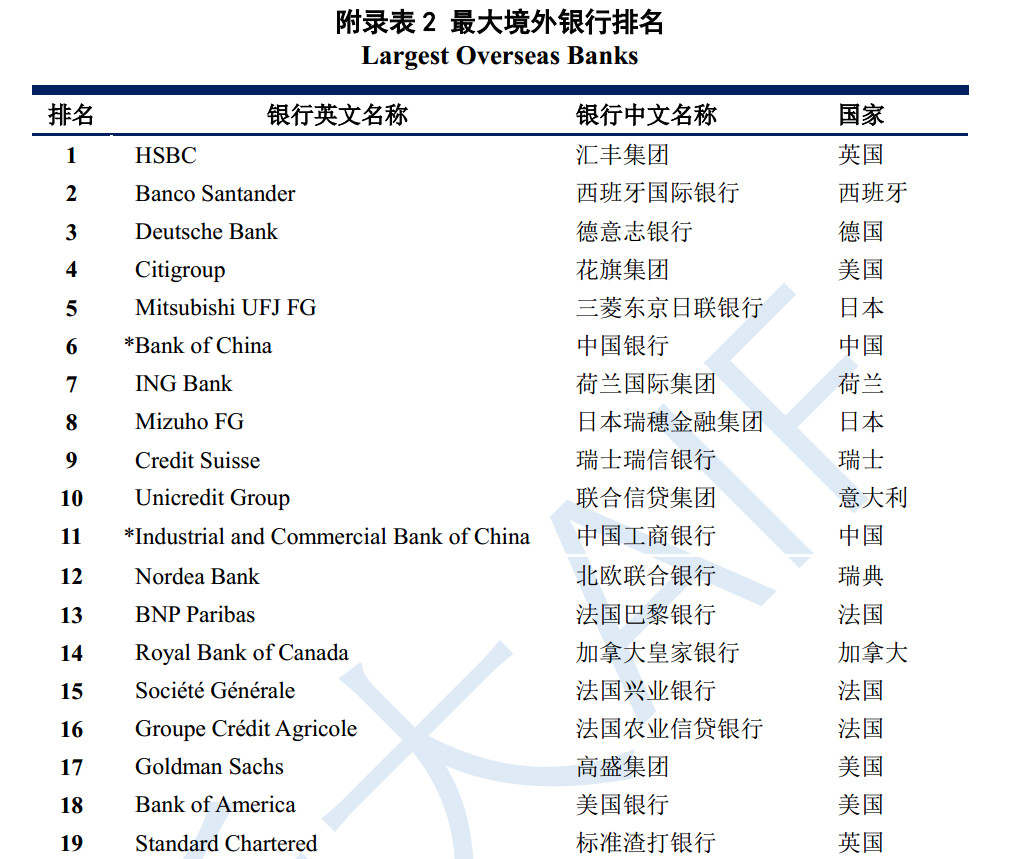 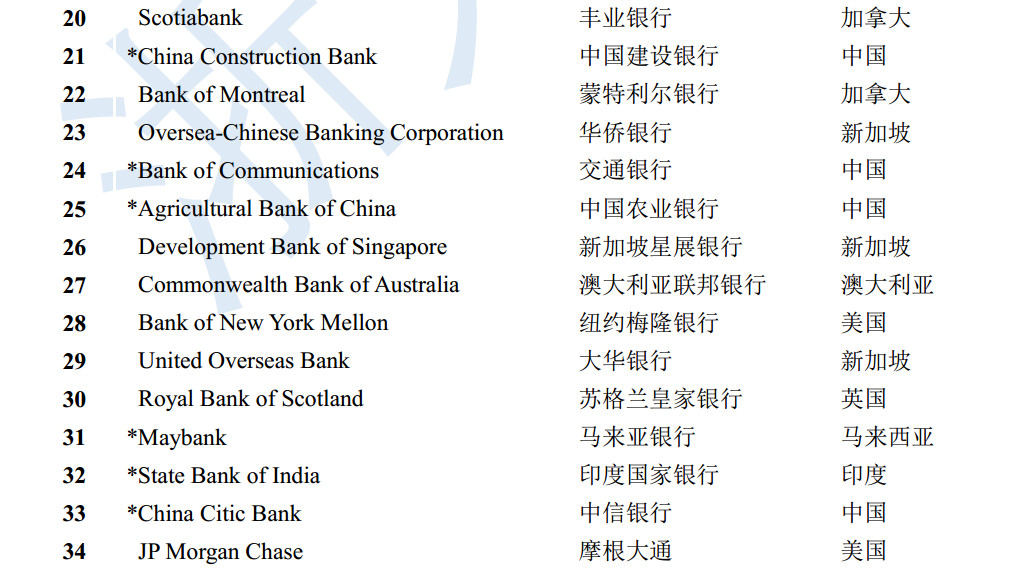 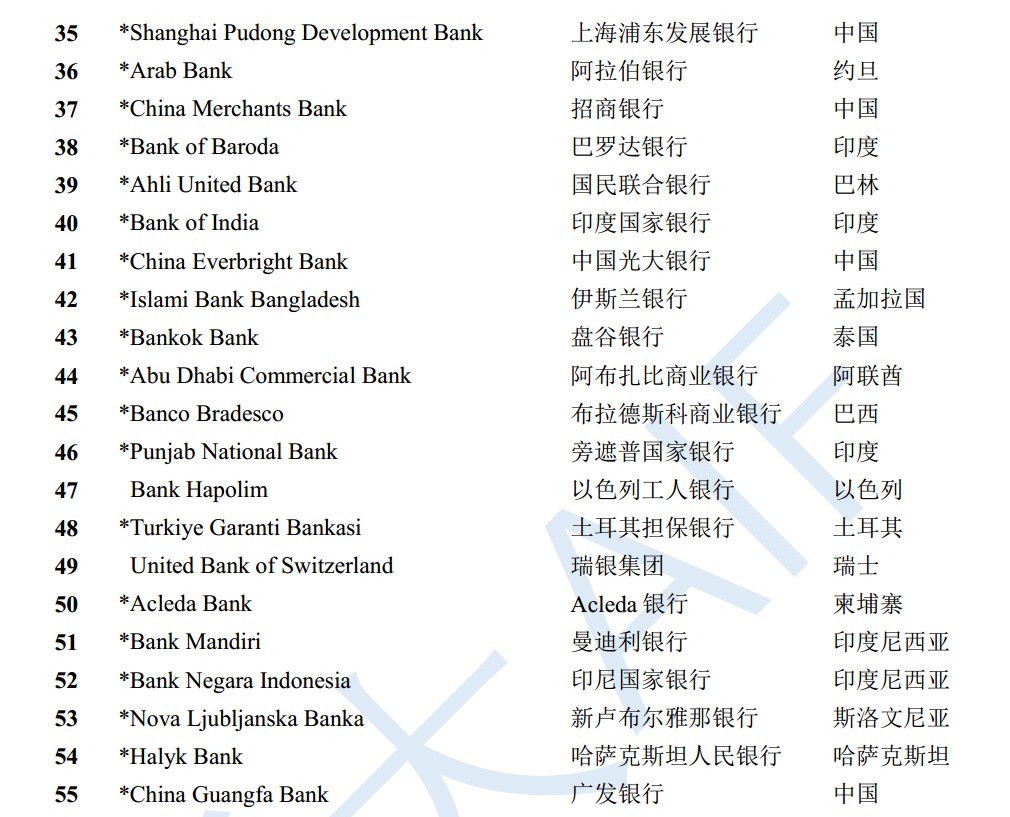 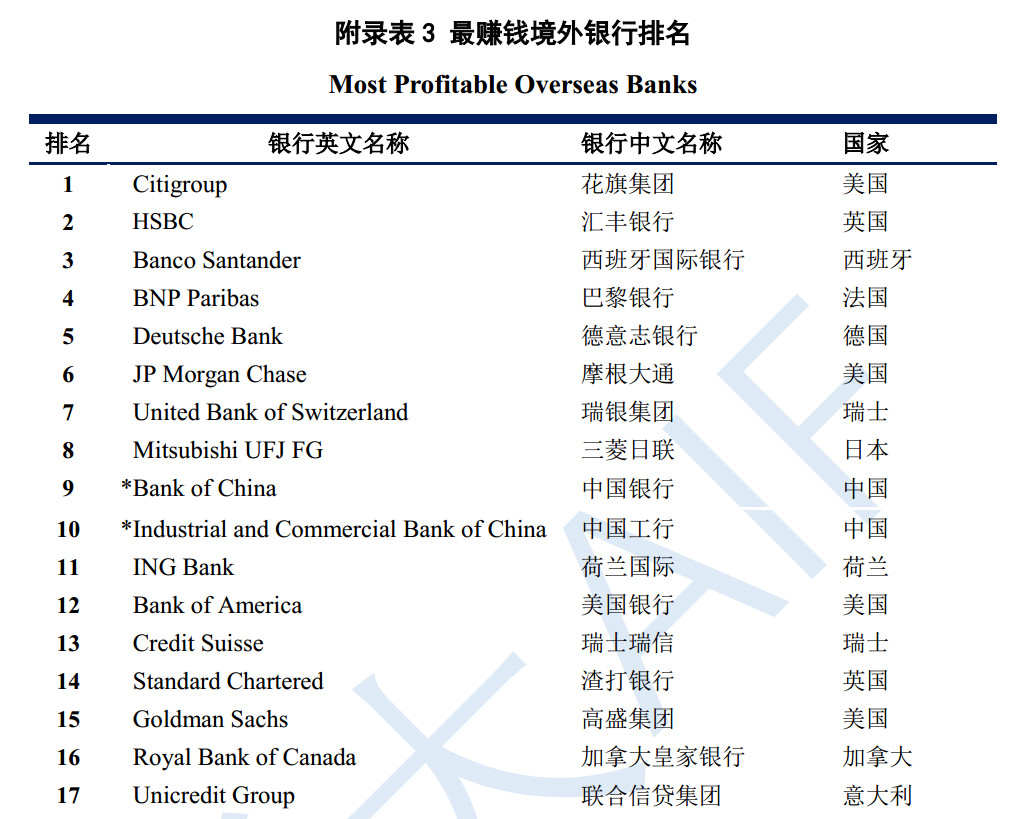 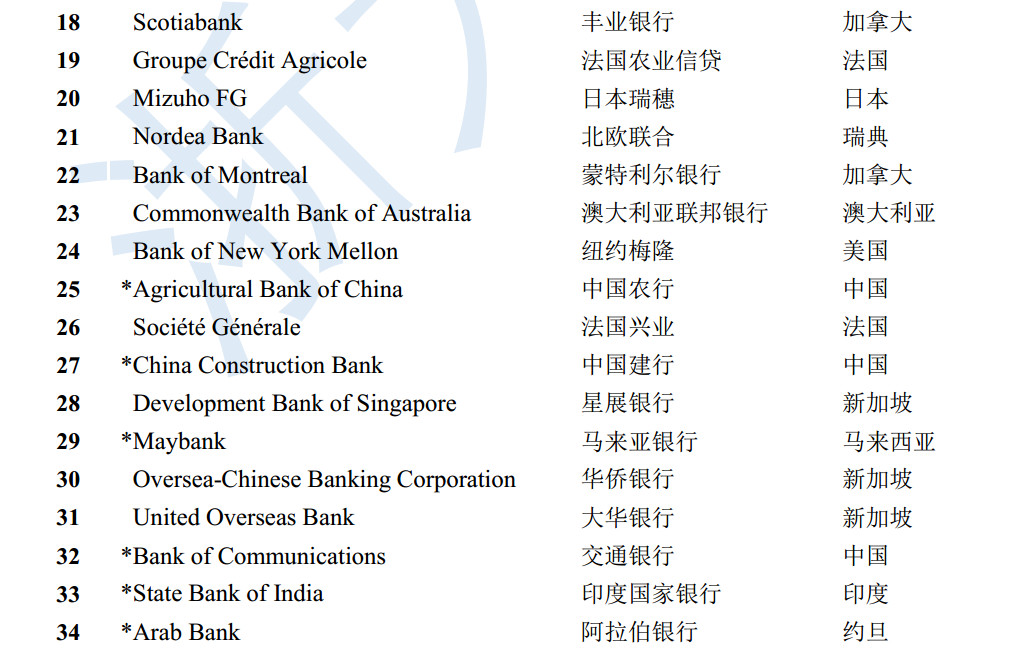 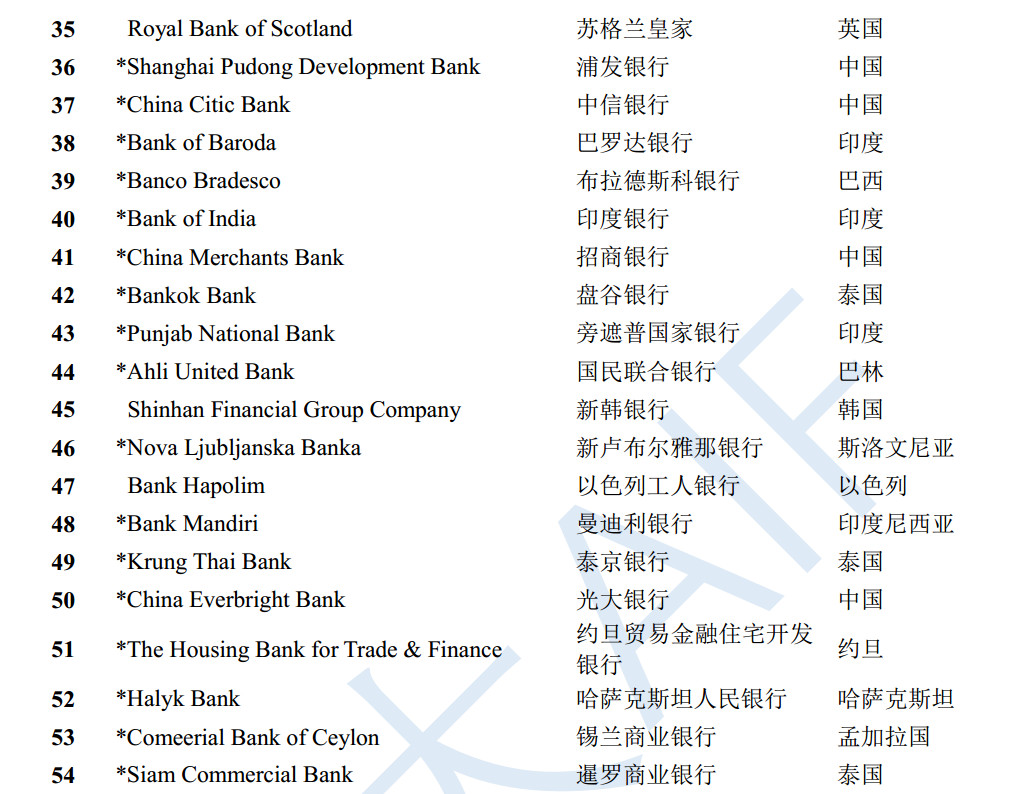