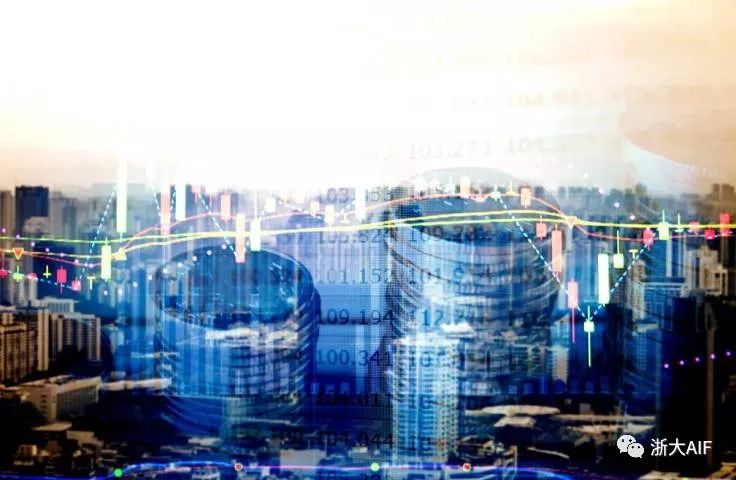 In his keynote address in the Banking on Africa seminar held in Nairobi Kenya by HSRC and CIFI, Professor BEN Shenglin, dean of the Academy of Internet Finance and the director of Center for Internet Finance and Innovation (CIFI) shared his observations on recent development of Fintech. His address discusses the following trends:

Fintech in the global Landscape

China has benefited from globalization since its entry into World Trade Organization (W.T.O). In terms of digitalization and Fintech China has learnt from many markets. For Fintech, China learnt from the first third-party payment system Pay Pal from the US. Alipay copied from the Pay Pal technology but leapfrogged in many ways, serving a much bigger client base than Pay Pal. P2P lending which originated in the UK was also copied to China but China has lager P2P business than the UK even though the sector continues to face regulatory challenges. China has learnt a lot when it comes to Fintech especially from the Western world  where it originated but has been able to scale up to the maximum capacity, innovating in many cases the technologies and their applications, for better Fintech experiences and for the need of the Chinese people. These make it safe to say that in many aspects, China has leapfrogged in Fintech in the last sixteen years.

Fintech in the Chinese Landscape

How did China make it?

About sixteen years ago Alipay started from Hangzhou, which was five years behind Pay pal from Silicon Valley. In the last fifteen years China has been developing the payment side of E-commerce and digital Economy thanks to Alibaba and J.D. com, which are leaders not only in China but also globally particularly in Asia.

The Key Drivers for Financial Inclusion in China

To begin with, consumer demand has been a great contributor. The relative inefficiencies of the formal financial institutions which are largely state-owned and focused more on serving cooperate businesses, heavy demands were laid on the smaller businesses and the consumers. The financial needs of smaller business and even some corporate businesses were ignored. They were not appropriately mapped and served and that created the opportunity for Alibaba. As said by Jack Ma he did not intend to start a financial service company but his challenge in gaining support from Chinese banks forced him to start operating the payment side of the financial service.

Secondly technological advancement had played an essential role. For example, Tencent[91]  which owns Wechat is one of the largest digital giants in the world. Chinese technology  is leading the rest of the world in many ways. Its technology companies are becoming very innovative and competitive，not just copying from others . It has given China its unique mandate as none of Alibaba, Tencent or Huawei are state-owned but market-driven and globally competitive compared to many of the formal Chinese financial institutions which are equally big but are less agile to market competition. This explains why the tech giants like Alibaba, Tencent and Huawei are able to outsmart many of the formal Financial services providers.

Thirdly the Chinese regulators have been open-minded and tolerant to these developments of the financial inclusion processes in China. For example, for almost about eight to nine years of Alibaba’s operations, while the central bank was reluctant to issue a license,  it did not force Alibaba to shut down its businesses. They were light-handed in terms of supervision at the experimental stage, which are the key drivers for the success of financial inclusion in China.

Furthermore, the last five years have been very important as it marked the second stage of China’s Fintech revolution. It was during this specific period that online banking really grew to be rather strong and a lot more competitive. For example, in Hangzhou there is Mybank, a branchless bank which is affiliated to Alibaba and Ant Financial. In contrast to traditional banks, Mybank has about 80% of its staff being tech-based employees with less relational managers. It is mostly technology driven and has served about 10 million clients since its inception. The bank has a 50% year on year growth while the rest of the banking industry is barely growing. This shows the capacity and the potential for Mybank, with no sales channels but only tech-driven services serving over hundreds of millions customers. It has been a privilege to be part of the formative processes of these developments as the same period witnessed the formation of CIFI – Center for Internet and Financial Innovation and an affiliate of AIF- Academy of Internet Finance which was founded 4 years ago. AIF has become a leading think tank on Fintech and a platform for Fintech Revolution, Regulation, Policy and startups in China.

China’s Outstanding Position to the rest of the World in terms of Global Fintech Landscape.

Our report on “The Future of Finance Emerging” together with the Cambridge Centre of Alternative Finance, which covered about 70 cities across the world including Cape Town and Nairobi, showed that the tech-intensive centers instead of the traditional finance centers like New York, London, Singapore, and Frankfurt are becoming fintech hubs such as San Francisco and Silicon Valley in US, Shenzhen which is next to Hong Kong and Hangzhou which has Zhejiang University and Alibaba as headquarters. This has enabled China to leap forward and become one of the global Fintech powerhouses brought about by technological innovations.

From “Copy to China” to “Copy from China”

China seems to have learned a lot from the rest of the world and the learning process continues. The new trend in Fintech now is “copying from China”, while China used to copy from the rest of the world. As I mentioned, Alipay has been expanding internationally very well, in India, Pakistan, Srilanka, Indonesia and many other markets, as well as exporting its business models and Fintech capabilities to the rest of the world. Recently, Alipay has announced the acquisition of WorldFirst which was a UK company for payment.  So, while the Chinese Banks fell short to take on the global space competitively and confidently, the Fintech Companies like Alibaba and Antfinancial seem to be a little more confident and in a better position to go abroad, to collaborate with the rest of the world, for which the opportunity is huge, for China has learned a lot both from its own experiences and other parts of the world.  As I mentioned, Chinese regulations were very inclusive and lighthanded for a certain period of time.  But recently,  as many of you have noticed, from the media, the regulations seem to be tightening as the regulators tighten the regulations on some FinTech activities especially on the Peer-to -Peer lending side which has gone through some extraordinary changes. If China can learn from the rest of the world to achieve much more inclusive finance, within a relative short period of time, its lesson, business module, and experience can be potentially replicated to the rest of the world and in particular to Africa as well. Africa has almost the same population as China, with over 1 billion people and a younger generation which is eager to embrace new technologies. The demographic feature works in favor of Africa: the Africans are willing to take risks, entrepreneurial and to a certain extent lacking access to sufficient forms of formal finances hence they probably don’t have too much reservation  in embracing new technologies and new FinTech solutions.

The collaboration between China and Africa.

As was mentioned by earlier presenters, Africa still needs a few more changes, especially technologically, in fields of digital literacy, digital infrastructure, and telecommunication systems, while it is doable right now and improvements are possible. Both the digital and physical infrastructures would be of much importance, such as smart phones and  handsets. And for those people who had very little or non-financial experience in the past, the digital skills, digital literacy, financial literacy and financial technology and knowledge are critical.

Besides, smart regulations are of significant importance.  Regulations will not only be helpful for fostering the Fintech startups just like what China has done, but also for sustainable development of financial inclusion momentums. And I noticed recently that in Uganda, you have just imposed what you call social media chat. There were millions of subscribers to internet, however, who have decided to withdraw their access for its additional cost. So one of the criteria of a good regulation might be that it promotes digital literacy and increases access to digital infrastructure.

We all need to figure out what’s the optimal regulation. The need for FinTech in Africa is a clear fact, considering the enormous demand and willingness of the population. As for how far China will collaborate with Africa,  it only depends on the friendship between Prof. BEN Shenglin and Dr. Jaya or CIFI and HSRC, but also on its business potential, market size and  extent of financial repression, since the answer to all these considerations are positive. Besides, from China’s perspective, the Fintech companies are growing very fast domestically and the domestic market is getting more mature and a bit saturated. Hence, we want to look abroad and seek potential opportunities. Recently, my team and I have been working on a report called Islamic FinTech Report 2019. What we figured out was that about 1.8 billion Muslims had extremely low financial access giving rise to huge opportunities for wealthier Muslims nations such as Indonesia, the largest Muslim country which benefited from Fintech. And I’m sure the same can be said about Africa.

So we are willing and I think to a certain extent, we are able to work with African partners because we have learned from our own experiences in many aspects, either good or bad.  We wish you would not make the same mistakes as we did and that’s why we are sharing this information today. Also, hopefully, there can be some investment flow from China into Africa. And on the training and education side, Zhejiang University, Academy of Internet Finance and also the International Business School that has been set up recently will be able to help. Finally, from AIF’s perspective and personal aspects as well, I’ll be interested to work by your side to see how we might be able to replicate the AIF experience especially our own incubator experiences to  Africa, in Nairobi and other markets of Kenya. Thank you very much for inviting me and I am looking forward to welcoming you and hosting you in a month in Hangzhou. Thank you.